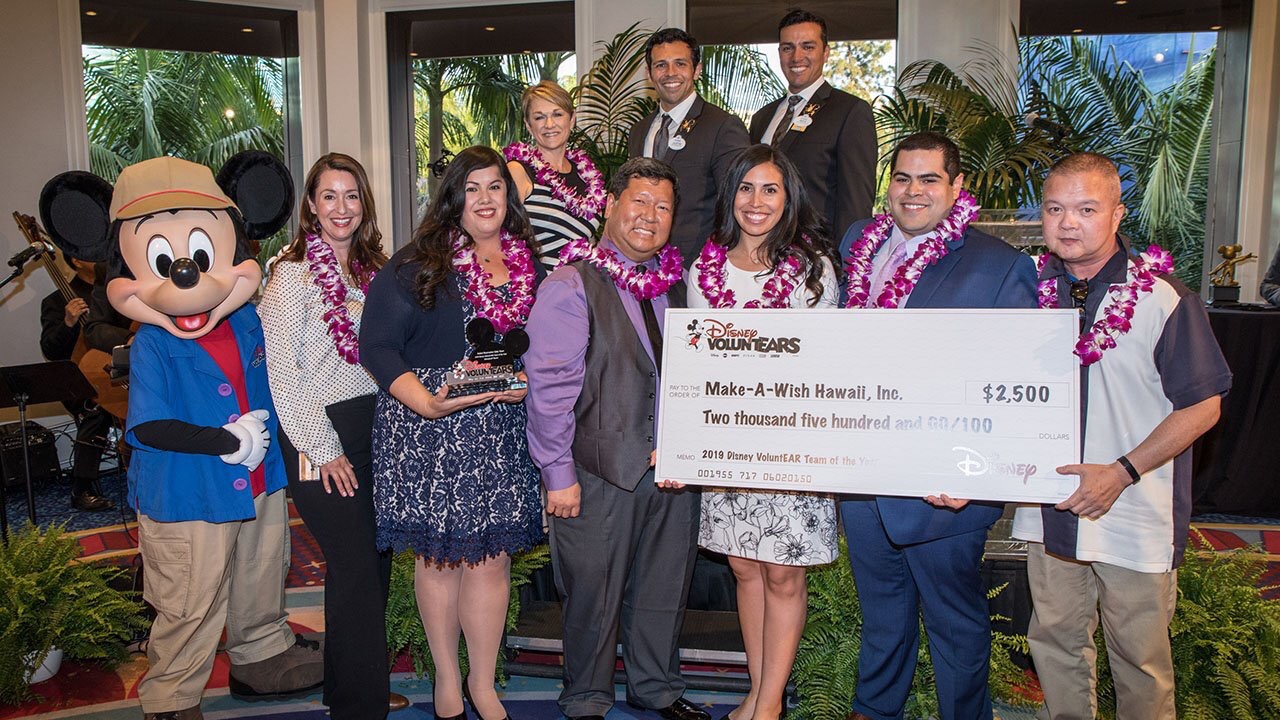 April is National Volunteer Month—the time of year when the Disneyland Resort honors cast members who give back throughout the year as part of the Disney VoluntEARS program.

VoluntEAR of the Year: Craig Kawamoto 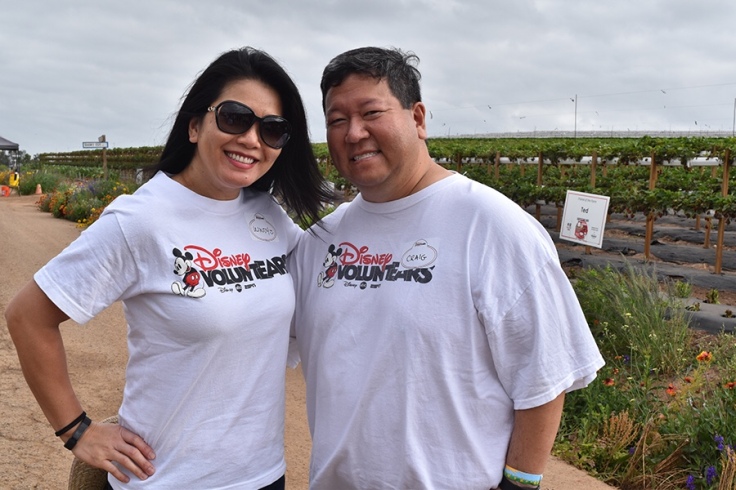 In his role at the Walt Disney Travel Company, he champions volunteerism by leading team building events and motivating his colleagues to get involved.

“Seeing so many of my direct reports get involved with VoluntEARing efforts has been wonderful. I definitely wanted to be someone who ‘walked the talk.’ Being able to inspire others to volunteer has been very personally rewarding”

– Craig Kawamoto, VoluntEAR of the Year 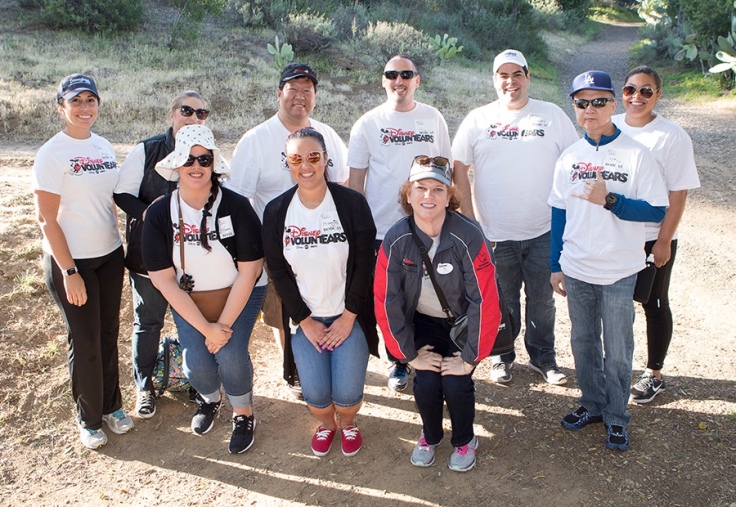 With a 20-member team (including Craig Kawamoto), the Aulani Reservation Sales team at the Walt Disney Travel Company volunteered a total of nearly 1,400 hours in 2018! Frequent volunteers on the team include Michael Rojas, Mike Ramos, Alyssa Ojeda, Valerie Stammen, Ivy Goodman and Craig.

“We celebrate each other’s victories and encourage the concept of ʻohana’. A favorite memory from an Orange County Food Bank event represents the team’s giving spirit. “We had a wonderful turnout of 11 Aulani participants to help pack food boxes, and with that high number, we were able to have our own dedicated production line.”

– Alondra Preciado, part of the VoluntEAR Team is the Year

When Mila, the daughter of cast members Melinda and Cory Lawless, turned 5 years old, volunteering became a family affair. The three, joined by Melinda’s sister, Melissa Vince (also a cast member), volunteer as a family throughout the year. The family can be found volunteering at events like Relay for Life, CHOC Walk in the Park, Toys for Tots drives and the Orange County Food Bank. 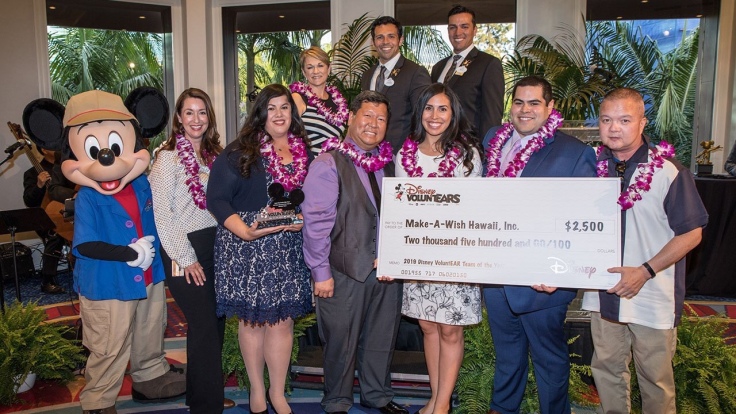 All of the award recipients took a trip to the Disneyland hotel earlier this month, where they were honored with medals and awarded $2,500 for a nonprofit organization of their choice.