Black Tap Craft Burgers & Shakes will be making its California debut very soon in the Downtown Disney District at the Disneyland Resort.

The chain is known for its whacky milkshakes and award-winning burgers.

The Downtown Disney District location will be the first for Black Tap to introduce its enhanced counter service style.

After ordering and once you’re seated, a Black Tap team member will take any of your other menu, drink and CrazyShake orders. This will also be the first location where CrazyShakes can be ordered to go from a take-out Shake Window.

Owner Chris Barish says guests will be able to watch their CrazyShake milkshakes come to life during a “shake show.”

It’s very interactive, but also so exciting to see someone get their CrazyShake for the first time. Their eyes light up and it’s pure joy 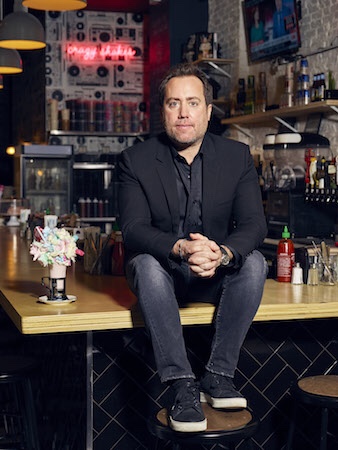 Barish also told the Disney Parks Blog where he came up with the concept for CrazyShakes:

The creation of the CrazyShake was very organic. We’ve always had our classic shakes on the menu — and our team was having some fun testing out different ideas of how we could change up the shake — and we came up with the “Cotton Candy.” We put it on Instagram, and our guests went nuts asking for it, so we knew we had to add it to the menu. Stay tuned for exclusive shakes!

Disney has not set an official date for the opening of Black Tap Craft Burgers.