Walt Disney Studios Park at Disneyland Paris is breaking ground on its major makeover– and now we’re getting a look at one of the Marvel attractions coming to the expansion.

One of the rides will be a Spider-Man attraction and some leaked photos from OutsidEars show us where it will be and what the track looks like.

The attraction will replace of Armageddon: Les Effets Spéciaux and will be transformed into a larger warehouse which looks like it is in the heart of NYC. 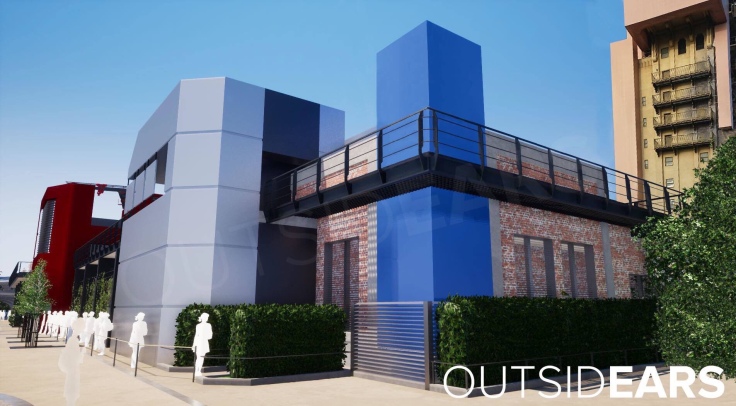 You can see Tower of Terror in the background of both photos above, giving you a better idea of the scale of this building.

OutsidEARS suggests a “slingshot” concept with a tracking system similar to Toy Story Midway Mania— which would make sense for the short track.

The ride will have 3 queues (standby, Fastpass and single rider). Each vehicle will be able to hold 8 passengers and guests will be required to wear 3D glasses.

Disney California Adventure Park is also getting a Spider-Man ride as part of their own Marvel expansion– but we are unsure of these blueprints will also be used for that attraction. The California version is replacing the “it’s tough to be a bug” theater.

There is no timeline for when the Spider-Man attraction will open at Disneyland Paris.