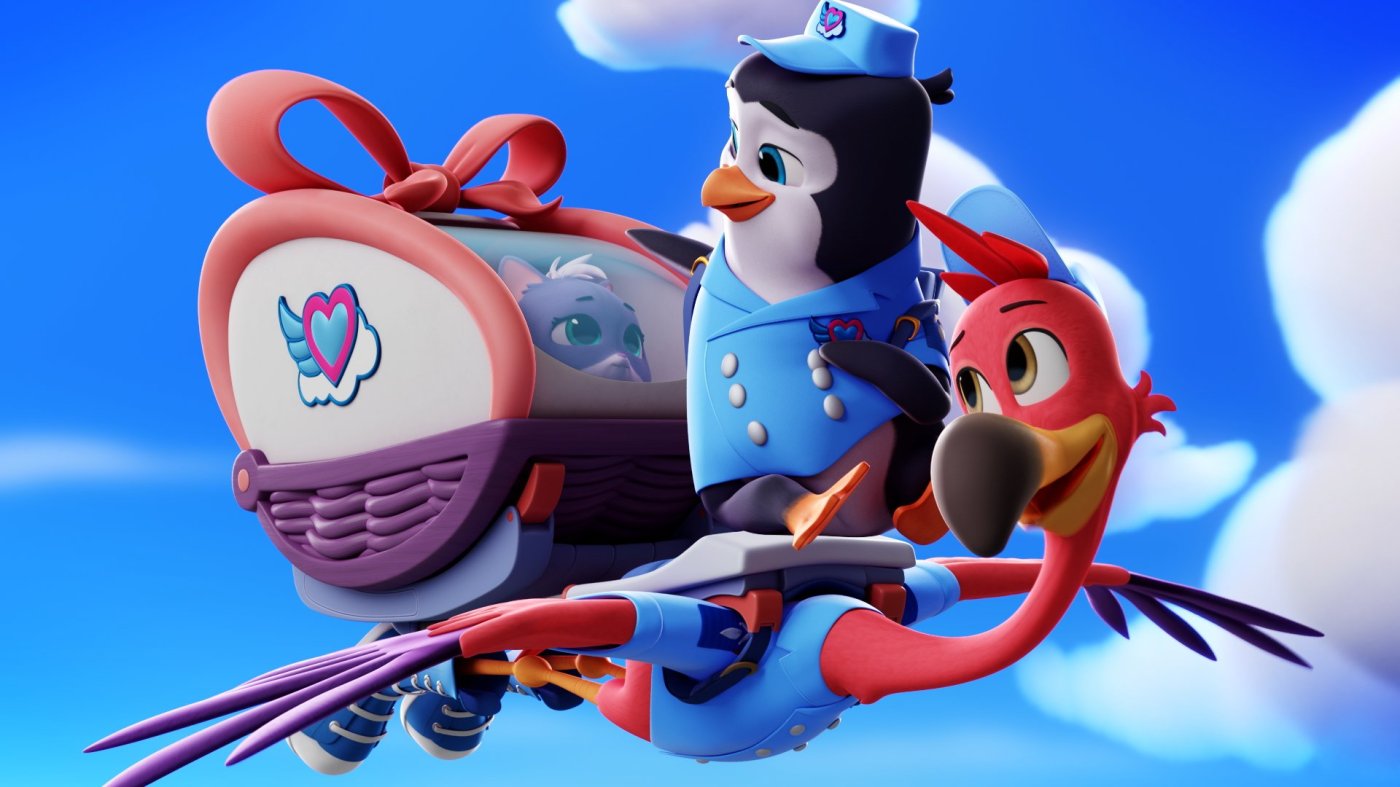 If you think that only storks can deliver babies, then Pip and Freddy are about to change your mind.

The mismatched pair are the first members of the Tiny Ones Transport Service, or T.O.T.S., that aren’t the iconic baby-bringing birds.

Freddy’s a flamingo and his best friend Pip is a cold-weather-loving penguin. 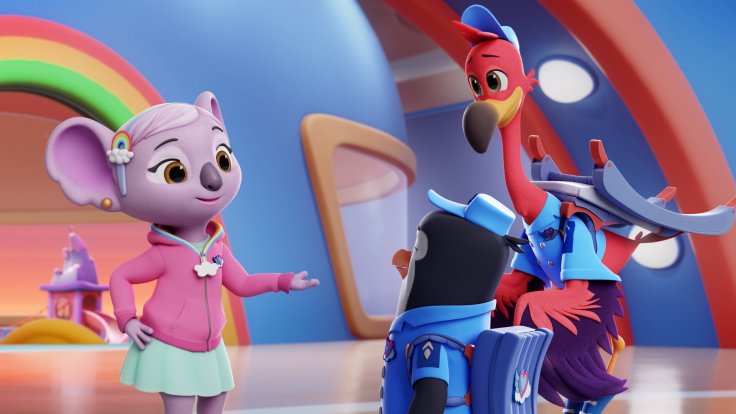 According to Disney, T.O.T.S. is designed for kids age 2–7, but there is much for parents and caregivers to relate to.

Teamwork is at the heart of T.O.T.S., along with creative thinking and problem-solving—and it’s just as important behind the scenes as it is for Pip and Freddy.

The voice cast features Vanessa Williams (Ugly Betty), who plays Pip and Freddy’s mentor and boss, Captain Beakman, and Megan Hilty (Broadway’s Noises Off and Wicked) as K.C. the Koala. 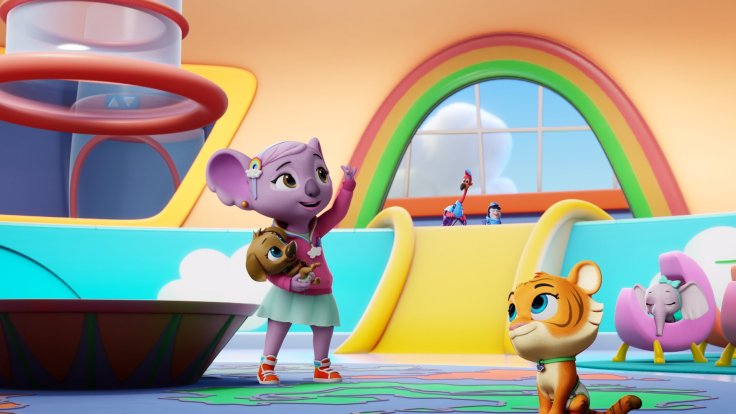 In addition to their incredible musical talent, Travis Braun notes:

“They’re also incredible performers. They’ve captured not just the heartfelt moments but the comedy. I feel so lucky that they’re part of the show.”

Pip and Freddy are voiced, respectively, by Jet Jurgensmeyer (Last Man Standing) and Christian J. Simon (Sydney to the Max).