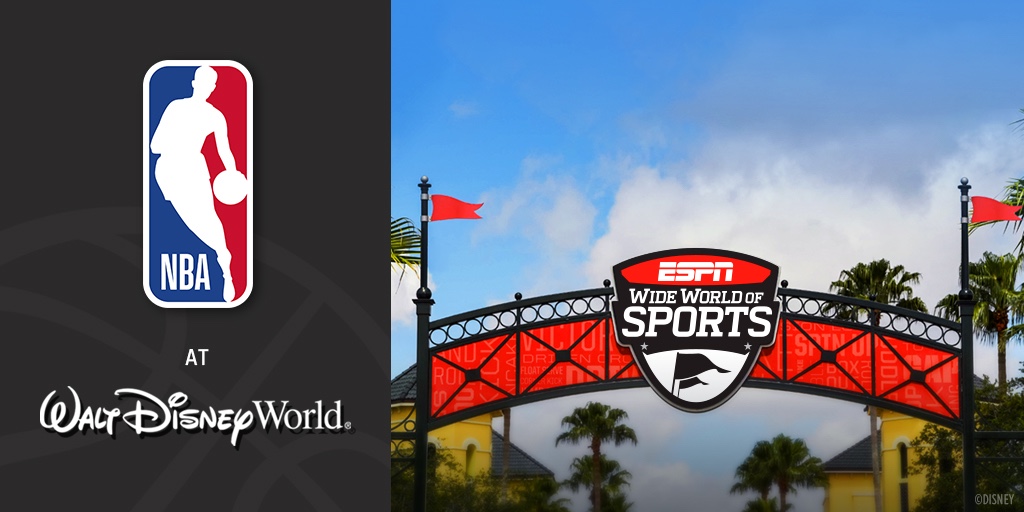 Disney has officially announced plans with the NBA to finish the season at Walt Disney World.

Players will stay at 3 Disney resorts throughout the course of the season.

In addition, the NBA and Disney have reached an agreement that makes the Arena, the Field House and Visa Athletic Center at ESPN Wide World of Sports Complex the venues for all games for the remainder of the season, which will resume with 22 teams returning to play and with no fans in attendance.

The NBA and the NBPA confirmed today an agreement on health and safety protocols that will govern the resumption of the season. The rigorous program, which addresses risks related to COVID-19 and focuses on the well-being of players, coaches, officials and staff, was developed in consultation with public health experts, infectious disease specialists and government officials.

“We’re glad to be able to provide a unique venue where the NBA can resume its season at ESPN Wide World of Sports Complex,” said Josh D’Amaro, Chairman, Disney Parks, Experiences and Products. “We look forward to welcoming the players, coaches and staff to Walt Disney World Resort as they prepare for the exciting return of professional basketball.”

Under the competitive format for the restart, the 22 participating teams will be the eight teams in each conference with the highest current winning percentages and the six teams that are currently within six games of the eighth seed in either conference.

The NBA’s standard playoff tiebreaker procedures will be used to break any ties on the basis of winning percentage. Once the 16-team playoff field is set, the NBA Playoffs will proceed in a traditional conference-based format with four rounds and best-of-seven series in each round. The 2020 NBA Finals will end no later than Oct. 13.