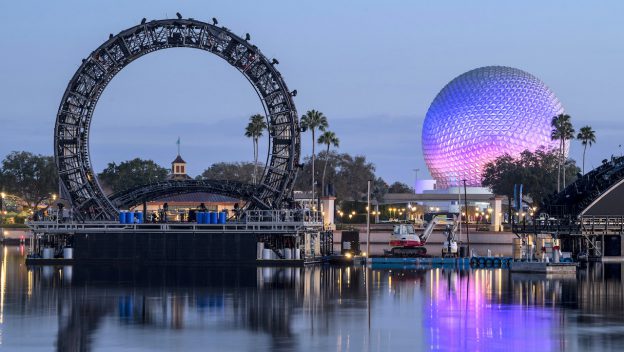 Even though “Harmonious” doesn’t have an official debut date, crews are moving forward with the transformation of EPCOT. This weekend, the main barge for the show made its way to World Showcase Lagoon.

According to Disney, Disney Live Entertainment technical designers across the country have been programming various elements of the show, from media and fountains to lighting and pyrotechnics, working in a completely virtual environment over the last few weeks.

Disney claims “Harmonious” will be one of the biggest nighttime spectaculars Walt Disney World has ever produced.